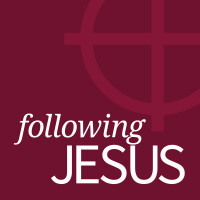 On this episode of Following Jesus with Christ Church pastors Andrew & Addison talk with Lisa Vander Maas and Lindsay Williams. Lisa, wife to Andrew, and Lindsay have been involved with teaching for many years. Through their teaching they have engaged with rhetoric, or thoughtful, reasoned and clear talk.

inventio (invention): The process of developing and refining your arguments.

dispositio (arrangement): The process of arranging and organizing your arguments for maximum impact.

elocutio (style): The process of determining how you present your arguments using figures of speech and other rhetorical techniques.

memoria (memory): The process of learning and memorizing your speech so you can deliver it without the use of notes. Memory-work not only consisted of memorizing the words of a specific speech, but also storing up famous quotes, literary references, and other facts that could be used in impromptu speeches.

actio (delivery): The process of practicing how you deliver your speech using gestures, pronunciation, and tone of voice.

Quotes from the show:

Scriptures from the show:

You can subscribe to our podcast on Apple iTunes by clicking here, or on your Android platform you can find us here.

Consider rating and reviewing us, that's the best way for people to find this podcast. Also share this show with a friend or family member.