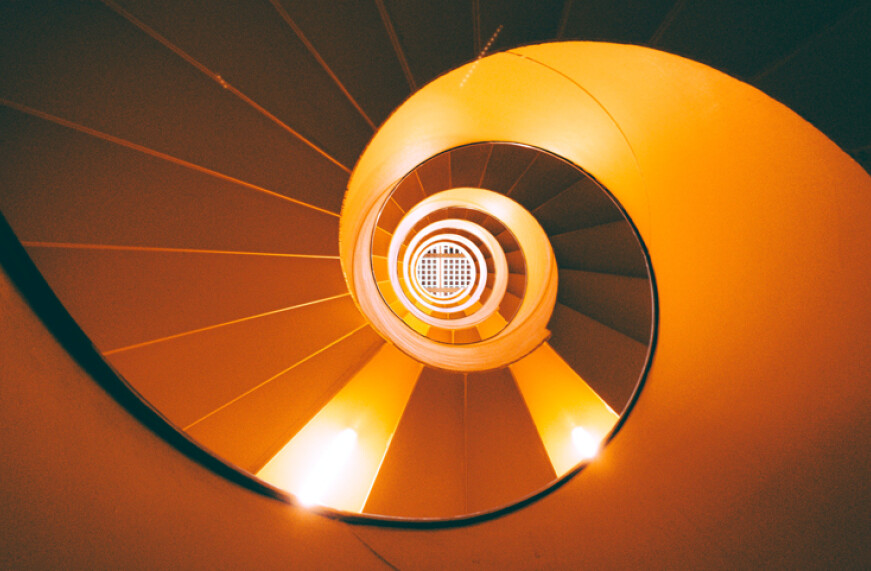 I want offer a couple of observations this week for you to chew on. I am not suggesting that these are completely filled out, but I believe that there is something here for those with ears to hear. Let’s start theoretically with legalism and antinomianism. It is generally the case that people put legalism (i.e. - a robotic, external conformity to the rules) and antinomianism (i.e - a laissez faire, “no god, no master” approach to life) on opposite ends of a spectrum. But, as has been pointed out by others, especially when it comes to our life before God, legalism and antinomianism actually have the same starting point; ourselves. Both legalism and antinomianism are attempts to live life on our own terms, manipulating God to get what we want. A perfect example of this is the parable of the two sons in Luke 15. Both sons want to “get” from their father. One follows the path of legalism, the other more famously, the path of antinomianism. In the end, rather than being on opposite ends of a spectrum, they come full circle and though they look different on the outside, they are remarkably the same.

My observation is that we see this same principle in other places in life, if we pay attention. Let me share two examples, one positive and one negative. It has been interesting to me to see those on the politically progressive side of the country argue for the rights and protection of the most vulnerable in society when it comes to our response to COVID. The language that is used, the position that is argued for, ends up sounding an awful lot like the position that the politically conservatives have been touting with reference to the abortion debate. Conservatives for years have been saying that we have the responsibility to protect the weakest and most vulnerable in our society. (Incidentally both of these ideas are based on the Christian notion that still exists in our post-Christian society that humans are created in the image of God). In the same way in which the two sons were pursuing the wealth of their father through different means but from the same heart, we see conservatives and progressives arguing for different policies using the same (Biblical) principles. I hope that we are seeing this for the great opportunity it is. We have an amazing Christian story that loves the weakest and most vulnerable! Praise God! May we do all we can to winsomely help people see these good connections, not because they are conservative or progressive, but because they are born from a Biblical root.

On a slightly less positive note we also see this full circle thinking come out in what I would characterize as selfish ways. Over the years the idea of individual rights and freedoms has been calling card of the politically progressive. The argument has been that my body, my freedoms, are mine and you can’t tell me what to do with them, even if it means harm to those weak and vulnerable around me (i.e.abortion). Unfortunately this line of thinking has come full circle to the politically conservative. Individual rights are supreme (to worship the way we want, to wear masks or not, etc..) no matter what threat it might cause to the weak and the vulnerable around me. Now, before you fill my inbox with ways that these are not equivalent, realize that I am looking at motivations here, not saying they are completely the same. Similar to the parable of the two sons, we find ourselves in situations where protecting what we think belongs to us becomes paramount.

So what can we learn by observing the full circle ways of life? First, we need to recognize that the heart is deceitful above all things and can easily lead us astray. Because any way of thinking that is not expressly rooted in God’s word ultimately will find itself on one side of an argument, and against the story of the scripture. On judgement day liberals and conservatives, along with rich and poor, educated and uneducated will find themselves in a remarkably similar place because they did not surrender their lives to Christ. Second, we need to come back full circle to the tenets of the Gospel. Specifically that we are all more needy, broken and sinful than we would like to think. But on the flip sided we are more freed, accepted and loved than we ever could have hoped because of the finished work of Christ. On this basis let us with humility continue to examine our hearts to keep short accounts with God and treat our fellow humans with charity.

Ultimately life does come down to a circle and not a linear spectrum. And the question we should be asking is not, what end of the spectrum are you on, but rather is that circle enfolding you, do you belong to the Lord?

Photo by Nicola Ricca on Unsplash

Carrying on in Joy