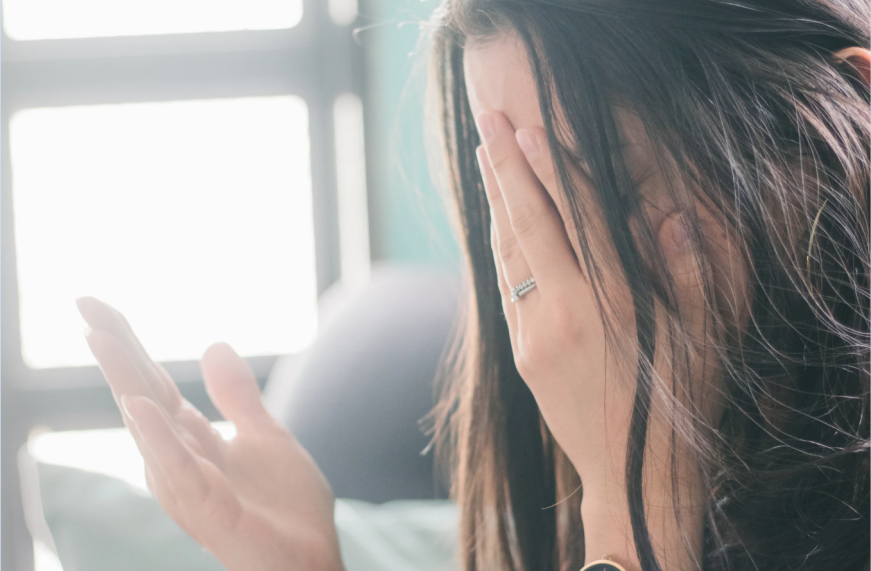 And Elijah went up to the top of Mount Carmel. And he bowed himself down on the earth and put his face between his knees. And he said to his servant, “Go up now, look toward the sea.” And he went up and looked and said, “There is nothing.” And he said, “Go again,” seven times. And at the seventh time he said, “Behold, a little cloud like a man’s hand is rising from the sea.”      I Kings 18:42-44

Yes I can confirm it is Friday, I checked the calendar this morning :-). As we have been studying Elijah, I have been observing one of the secondary elements to the stories; namely the role and the process of prayer in the life of the prophet. Prayer seems to be part of the prophets job description as a covenant intercessor. Elijah is certainly known as a man of prayer (cf. James 5:16b-18). But two things stand out as interesting in observing Elijah and prayer. The first is that sometimes God seems to answer Elijah’s prayers almost immediately (cf. 17:1 and the drought, 18:26-28 and the sending of fire) while other times there are multiple entreaties before the Lord answers (cf. 17:21 and the three-fold prayer for the boy’s life or 18:42-44 and the seven-fold prayer for rain). This matches my own experience in which sometimes God seems to answer prayers almost immediately, while other times it seems that the path forward is to keep praying, still waiting on the Lord to answer.

The second thing that is interesting to note is that when Elijah prays for rain, he is praying for something that God has already told Elijah he would do (cf. 18:1). Rather than seeing this as an unnecessary redundancy, it seems better to see this as the graciousness of a God who invites us into the accomplishing of his will. While there are many mysterious things about prayer and and God’s sovereignty, we can confidently say that prayer is something our Heavenly Father invites us into relationally, not transactionally. We do not come to God as we would to an ATM, but rather we come to seek his heart even as we pour out ours. It is through prayer that the Bridegroom courts his bride. As those united to Christ by faith, we can be assured that he has determined to lay out such a path for us that will effectively navigate us to the halls of splendor. Our invitation is to let him take the lead and by our prayers clasp his hands and follow his steps.

I hope that this is some encouragement to you today. As the days of quarantine drag on, the bills pile up, relationships are strained, as losses mount and new paths are sought; may we continue to come to our Lord in prayer.

This Sunday we will be back with Elijah and the great confrontation with the prophets of Baal on Mt. Carmel (I Kings 18:17-45). I do truly look forward to opening this word with you. 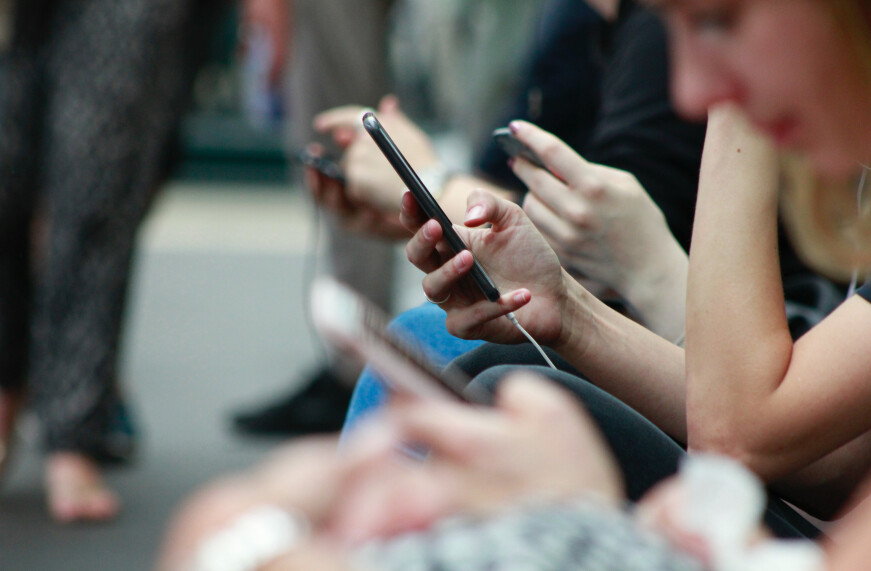 If I speak in the tongues of men and of angels, but have not love, I am a noisy gong or a clanging cymbal.
I Corinthians 13:1

As I type this morning, reports are that soon Governor Whitmer will take to the airwaves and extend a stay at home order. This will be another in a series of pronouncements that extend from the Office of the President through state and local officials, even to leaders of the companies we work for and the churches we attend. As these decisions hit close to home and effect our freedoms, our livelihoods, the lives of those around us, the capacities of our healthcare system, etc…, we begin to form opinions. The next step we Americans often take is to exercise our right of free speech, and express those opinions, either via social media, around the dinner table (because we are eating home!), or even within the confines of our heart.

While I certainly endorse the right to free speech, my concern here is that we do not lose sight of our Christian duty to exercise that “right” in keeping with the very character of Christ. I am sure that many of you are dismayed by people that profess Christ, that we know to be Christians, attacking, ridiculing, and mocking political leaders who they disagree with. This pastime has no particular party affiliation and seemingly is done purely ad hominem, divorced from any reasoned argument or position. (Current favorites of opposing parties are President Trump (R) and Governor Whitmer (D)). This practice is frequently defended by Christians with an appeal to the character of the individual that they are attacking, insinuating that due to the moral or character failings of that individual, we are free to attack them.

I am going to be a little more strident here than I often am, and appeal to us all, as followers of Christ - we have to do better. Certainly the times that we live in are not worse than the conditions that the early church lived in and suffered under. Yet it was these believers that taught us to respect authority (Nero!, among others) because that authority has been placed there by God (Rom 13, I Peter 2). It was Paul, mistreated Paul, one who had his “rights” violated far more than any of us ever will, who taught us that if our speech lacks love, we are but a noisy gong or a clanging symbol (I Cor. 13:1). He went on to describe love as patient and kind, not given to envying or boasting. Love is not rude (I Cor. 13:4-5). Where did he learn this? He learned it from our Savior who taught us that when our rights are being violated (Jesus calls this persecution) that we are to bless those who persecute us and pray for those who violate us (cf. Luke 6:27-31). Jesus modeled this love for enemies both in his silence (Is. 53:7, Lk 23:9) and in his nail pierced prayer (Lk 23:34). It was this Spirit of Jesus that empowered Stephen as he was being unlawfully stoned to imitate his Savior in breathing grace toward those sinning against him (Acts 7:60). Is it any wonder why the early church spread like wildfire among both the nobles and the nobodies? It wasn’t because they were screaming the loudest. They didn’t capture hearts with their protests. Rather, it was a counter cultural effusion of love on which the church was built.

Friends, our hope is not in the government. Our identity is not in our rights. We live as those who stand in the presence of the Lord (I Kings 17:1). God is our refuge, a very present help in times of trouble (Ps. 46). The joy of the Lord is our strength (Neh. 8:10) May these very real and precious truths ground us in uncertain times. Let us be who we are in Christ!

PS — be sure to catch our upcoming podcast further exploring the Rhetoric of Love.

Photo by ROBIN WORRALL on Unsplash

Posted by Andrew VanderMaas
4/17/20
in trials

A Centrifugal Life in a Centripetal World 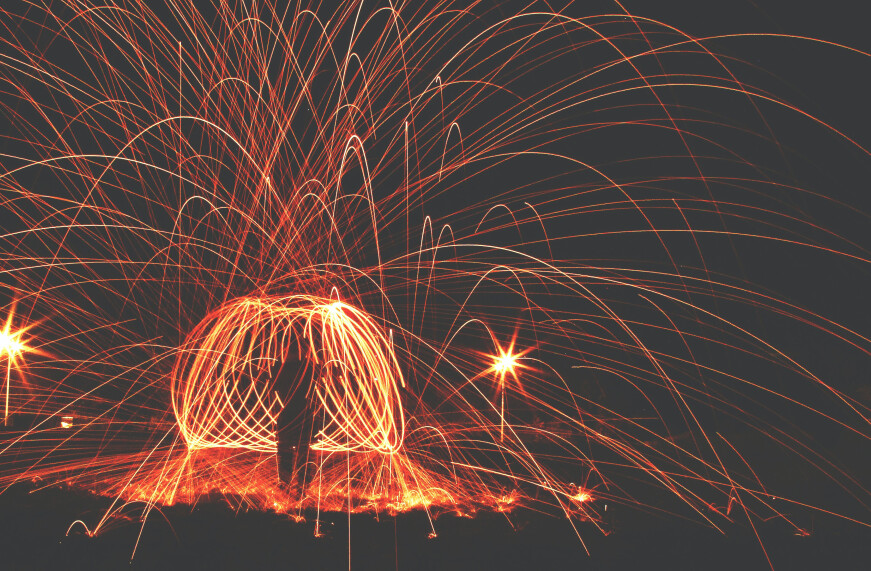 Recent events have made for a naturally centripetal world. We are staying home with a relatively small number of people. For many of us our world has shrunk to family, media, books, games and an occasional trip to the store. Phone, Zoom, and FaceTime keep us a little more outward focused, but it is hard to maintain those contacts as time drags on.

The psalmist knew the interplay between the centripetal and the centrifugal. For instance in Psalm 51 David is intensely introspective and reflective for much of the psalm, a force directed toward its center. But toward the end of the psalm David is resolved to teach transgressors the ways of the Lord (13) and open his mouth to declare the praises of the Lord (15). The force is moving away. In Psalm 34 David again recalls a time that was intensely focused on the immediate needs of affliction. But upon coming out of that time he is inviting others to “bless the Lord with him”, “taste and see that the Lord is good”, “come, O children, and listen”. David is moving away from the center, overflowing with what he has discovered. As you read the psalms and other scriptures I am sure you will notice this same pattern.

And so I ask myself, what will this look like for me? First, am I learning what God would have me learn during this centripetal time? Are my roots sunk deep into the streams of the Lord? Am I drawing from Him? Is my soul being filled? Then second, am I ready to be unleashed? The sons of Korah in Psalm 42 remember “how I would go with the throng and lead them in procession to the house of God with glad shouts and songs of praise (4).” It is this hope that buttresses his soul even while downcast, “Hope in God; for I shall again praise him (11).” My friends these 5 weeks have been long, but they will end. May the Lord do a work in our hearts that cannot be contained!

Sunday we will begin a new series, a study of the life of Elijah. Elijah appeared as one in the midst of darkness. One writer described the spiritual situation in Israel this way, “Every light had been extinguished, every voice of divine testimony was hushed. Spiritual death was spread over everything, and it looked as though Satan had indeed obtained Mastery of the situation.” But the Lord knows what his people need and he will not abandon them to themselves. I can’t wait to meet his servant Elijah, “As the LORD, the God of Israel, lives, before whom I stand …”

Photo by Riley McCullough on Unsplash