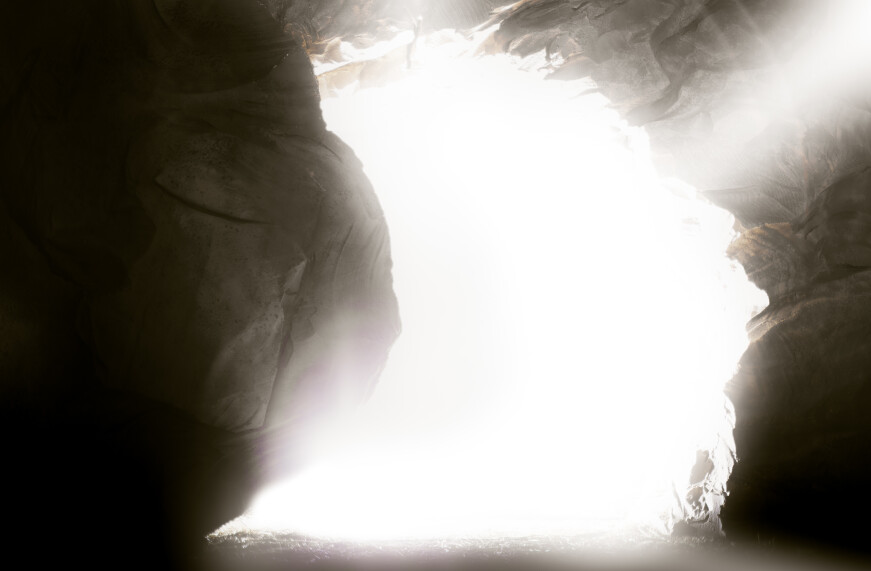 If you look up eu·ca·tas·tro·phe - /ˌyo͞okəˈtastrəfē/ in the dictionary you will find that it is a noun synonymous with happy endings and its use is rare. That its use is rare is not hard to believe in a world where people kill one another, young people take their own lives at a remarkable rate, depression and anxiety are at record highs, hatred and vitriol mark the public discourse and there are no easy answers for turning these situations around. We understand the catastrophe embedded in that word, as well as in our world, all too well.

But, we are in a story where eucatastrophe is our promise! It is a story that travels the road of the cross to be sure, but its end is an empty tomb and a divine inheritance. Our task is to inhabit the distance between the cross and the crown, pointing others to the truth and reminding ourselves of the glory.

Believe it or not, lament is one of the ways in which we both point others to the cross and remind ourselves of the glory. Pastor Mark Vroegop, in a book many of our women read this summer entitled Dark Clouds, Deep Mercy: Discovering the Grace of Lament, puts it this way, “Lament is the language that helps you believe catastrophe can become eucatastrophe. It vocalizes the pain of the moment while believing that help is on the way. Lament gives us hope because it gives us a glimpse of truth.” In other words, by not veiling the pain that sin (both individual and institutional) has caused, we are invited to grasp hold of the truth that God is rescuing his world through his Son.

As we have learned over the years, lament is a specific type of prayer that we encounter throughout the scriptures (Psalm 13 is a clear lament example). It typically has four parts:

I remind you of this for two reasons. First, in addition to benefitting from the laments of scripture, we also benefit from learning to lament our own experiences of brokenness as we navigate this world. Far from complaining, lament helps us return to the promises and grab hold of Christ. Second, we are again inviting Christ Church (and all whom you will invite along with you) to a service of corporate lament next Sunday evening, September 29th at 6pm. It is our hope that you will give some thought to your laments and come prepared in the catastrophes of our lives to believe that eucatastrophe is our story.

Posted by Andrew VanderMaas
9/13/19
in renewal 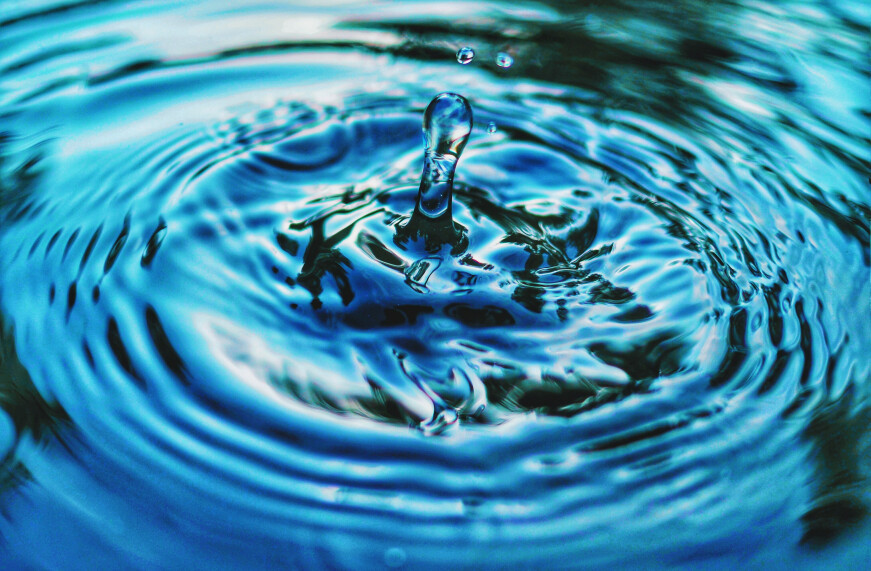 We are off and running in our study of Romans. Last week we looked at the theological thread that runs through Romans which presents a clear picture of our need for the gospel and God’s provision mediated through Christ and applied by the Spirit (Romans 1:16,17; 3:23, 5:8; 6:23; 8:1; 12:1,2). As was mentioned, the book of Romans has been influential in the lives of many of the folks God has used mightily to promote the gospel. In August of 1513, a monk named Martin Luther was vexed over the concept of the righteousness of God. Luther was convinced the righteousness of God would keep him from fellowship with God. But as he meditated on Romans 1:17, which says, "...the righteousness of God is revealed through faith for faith, as it is written, 'The righteous shall live by faith'", he had an epiphany. In his words, "I grasped the truth that the righteousness of God is that righteousness whereby, through grace and sheer mercy, he justifies us by faith. Therefore I felt myself to be reborn and to have gone through open doors into paradise...This passage of Paul became to me a gateway into heaven.” It was his understanding that sparked what we now know as the Reformation.

Not surprisingly, Luther wrote a commentary on Romans. Interestingly, in May of 1738, a failed minister and missionary named John Wesley, reluctantly attended a small Bible study where someone read aloud from Luther's commentary. He too went on to be transformed through the message of Romans. He says, “While he was describing the change which God works in the heart through faith in Christ, I felt my heart strangely warmed. I felt I did trust in Christ, Christ alone, for my salvation, and an assurance was given me that he had taken my sins away, even mine.”  And thus was sparked the Great Awakening.

Romans clearly lays forth the gospel. A true grasping of the gospel through the work of the Spirit is world-changing. It is said that personal renewal precedes corporate change. The lives of Luther and Wesley give testimony to that truth.

The community of people assembled in the Roman church also bears testimony to this idea of personal renewal leading to corporate change. We will encounter these lovely folks this Sunday as we look at the context for this tremendous letter through the lens of chapter 16. It would be hard to overstate just how radical this community actually was, and is. The theological truths Paul expounds has gathered: Jew and Gentile, men and women, aristocracy and slave; and has united them into one. While it may be true that personal renewal precedes corporate change, it must also be emphasized that true personal renewal will challenge our status quo and demand that we walk in uncomfortable places, but, as always, equipped by the Spirit.

Photo by Jimmy Chang on Unsplash

Posted by Andrew VanderMaas
8/30/19
in missions

Reaching the Heart of America 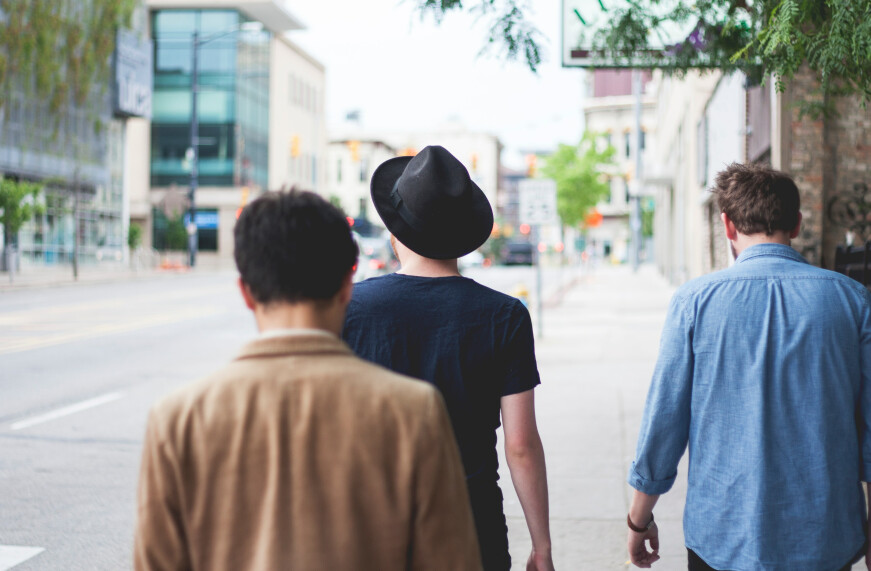 What would Gospel Saturation look like in a region?  Here is one view “by the numbers”:

This past week in St. Louis I had the opportunity to be part of a group of leaders from the Midwest praying and talking about gospel saturation in our region. Our region, as defined by our denomination, includes 13 states totaling over 71 million people. Applying current demographics to that number means that in our region over 60 million people are not significantly connected to a gospel-preaching church. In terms of our Midwest efforts, there is 1 PCA church for every 300,000 people, that number being over 6 times larger than the number needed for mere “presence”. (By comparison, in the PCA Northeast 1 church exists per 175,000, while in the PCA South there is 1 church per 74,000.)  While it is true that we don’t assume that the PCA is the only “gospel preaching” option available, the level of need for people to be connected to a gospel work is staggering.

Our theme for our time together was Philippians 1:27–28, "Only let your manner of life be worthy of the gospel of Christ, so that whether I come and see you or am absent, I may hear of you that you are standing firm in one spirit, with one mind striving side by side for the faith of the gospel, and not frightened in anything by your opponents." It was truly an encouragement to stand in one spirit with these sisters and brothers from our region, to pray for the faith of the gospel, and to strategize and imagine people drawing draughts of Living Water and finding the very thing that their souls are longing for. We recognize that though enemies and obstacles are real, we are not frightened because surely He who is in us is greater than he who is in the world (I John 4:4).

So let us be earnest in prayer and energetic in work here in our little corner of the Midwest, Grand Rapids. We have such a great gift to offer in the face of such great need. You are so generous already with your time, your talents, your finances, your struggles and pain. May the Holy Spirit increase our ability to steward all things well. And, may we not be frightened by our enemies for we do know that our God does all things well. My prayer is that this Sunday we will be encouraged as we encounter with Asaph in Psalm 73 the overwhelming sufficiency and power of a life with God.

Photo by Kari Shea on Unsplash